on January 12, 2019
Happy 2019!!  It has been a crazy start to the year. My darling daughter got her first seasonal job around Thanksgiving and promptly and ended up with a crazy virus that she passed on to me. My son caught it and now my husband is down for the count. So we have been sick one after the other since Thanksgiving! What on earth??

Rewinding to before Thanksgiving, I had the immense pleasure of making a quick trek down to Atlanta to see my friend Angela and for the two of us to go see Dorie at the Marcus Jewish Community Center of Atlanta. The host was Kim Severson of the New York Times. She asked interesting questions and Dorie got to talk about her new cookbook and how she comes up with her recipes! 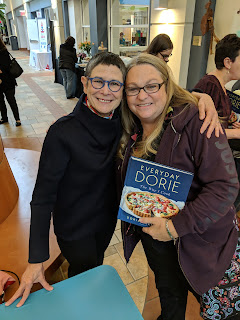 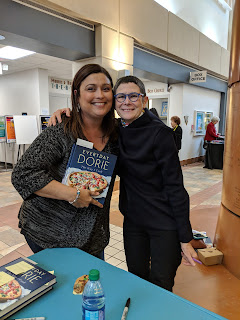 Once Dorie was done speaking she came out to the lobby to sign her cookbooks. Had I been thinking I would have brought my well loved copy of "Baking from My Home to Yours" for her to sign along with "Everyday Dorie". Several of the dessert recipes were made to share while people waited in line to meet Dorie. It was quite fun to see her again! 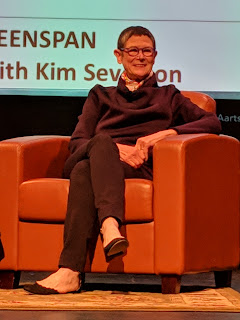 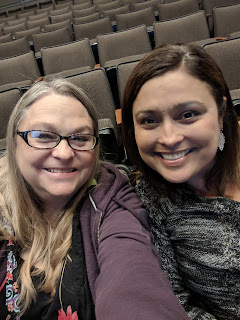 I had to drive home after the presentation but before I did Angela and I found an amazing Italian Deli and shop called E. 48th St. Market  to get a quick lunch and peruse our cookbooks. Last I checked she had made a recipe for her family that was a hit!

Since that time there have been 3 recipes assigned to cook from Every Day Dorie and I have actually prepared all three. I am clearly on top of my blogging game these days.

The first recipe was supposed to be posted November 9th. It was Maple Syrup and Mustard Brussels Sprouts. I gathered all of my ingredients for this recipe and prepared on a day when my hubs and son were out of town as I was pretty confident that they wouldn't even try it. What surprised me was that my daughter who will try anything absolutely refused to let even one tiny bite pass her lips. Oh well, more for me. I like roasted Brussels sprouts so I figured I would like these as well. They far surpassed my expectations! The crispy bacon, the tart mustard, the sweet maple. This was one entire meal for me. If you get a chance to make these they are on page 212. 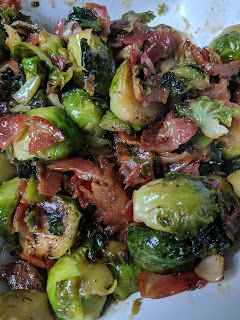 The next recipe for Cook the Books Fridays was Roasted Squash Hummus on page 20. I made a post on facebook that said "Never have I ever made my own tahini, opened a pomegranate, made hummus or potato chowder..until today". I had also never purchased an acorn squash. Up until a few years ago I had never had hummus. We are big fans of the Sabra hummus in our house. Especially the little containers that can be packed in lunches. I have to say, this hummus rivaled our favorites! Once again, my hubs and son did not try it but my girl and I loved it! It was less expensive for me to make my own tahini than to buy a big container that I wouldn't necessarily use and it was far easier than I imagined. To figure out how to open a pomegranate I turned to trusty Youtube and Chef John from Food Wishes to direct my steps. My daughter has a friend who is trying to be vegan so she took the rest of this to school with her for lunch. She texted me later asking for the recipe for her friend! I'd say that is a win! 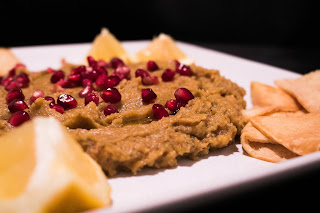 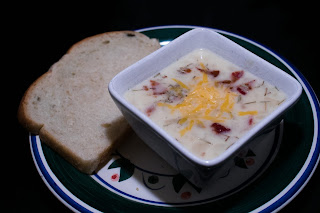 The recipe for this week was Potato Chowder lots of ways found on page 63 of Everyday Dorie.  Dorie gave several suggestions for different seasons for her chowder. One suggestion was asparagus. I did have some but that was for a sheet pan recipe with salmon and potatoes. So, I just went simple with bacon and cheese and I threw in a little rosemary as well. I have said many times that my hubs is not a fan of soup. However, this was delicious and everyone ate it and enjoyed it. If you are looking for comfort food on a chilly night this is it. If you would like to see how the other cooks from around the world did with these recipes, or if you would like to cook along check out Cook the Books Fridays! 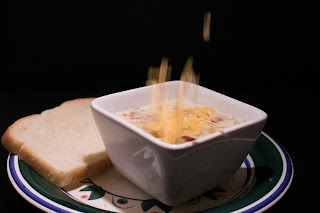 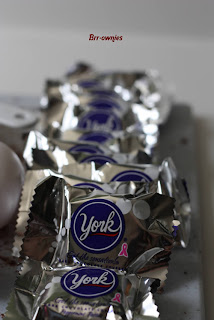 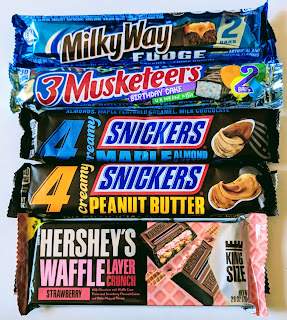